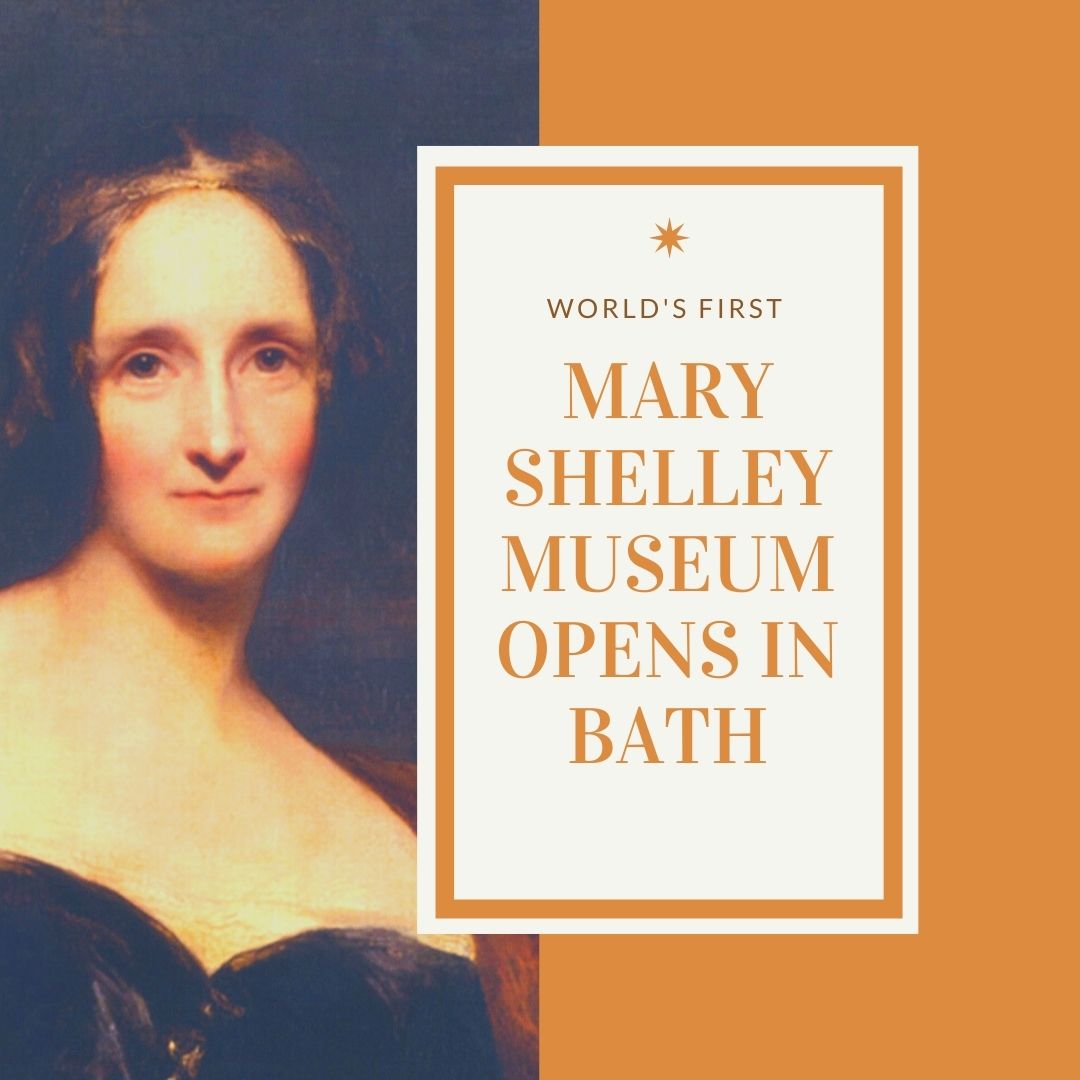 The first ever museum dedicated to the English writer and former Bath resident Mary Shelley has officially opened on Bath’s Gay Street. Just a couple of doors down from the Jane Austen Centre, Mary Shelley’s House of Frankenstein is a must-visit for anyone interested in Bath’s literary connections – and it’s a thrilling family attraction.

The museum is spread over four floors of a beautiful Georgian townhouse, and aims to deliver a cinematic, spine-tingling and fascinating look at Mary Shelley’s life and work. Visitors can expect interactive, multi-sensory experiences, including Hollywood-inspired electric shock displays, actors and customised room scents. There are even plans for a themed escape room in the near future.

House of Frankenstein presents a carefully researched journey through Shelley’s complicated and difficult life, bringing the story to life with unusual artefacts and vintage items. And then there’s crowning glory of the museum – an impressive 8ft automaton model of Victor Frankenstein’s monster.

Museum co-founder Chris Harris told the Bath Echo what visitors can expect from the city’s newest and most exciting attraction:

“Mary Shelley’s unconventional life was complex and chaotic, and every bit as grisly as her extraordinary novel. If you think you know Mary or her monster, think again!

“Our attraction offers an unnerving insight into this extraordinary and gifted young woman and reveals, for the very first time, the 8ft monster exactly as she imagined.”

Why Bath for the world’s first Frankenstein museum?

Not many people know that the author actually wrote most of Frankenstein – which is regularly featured on top 100 lists of the best novels of all time – in Bath itself.

The idea for the story was famously conceived in Geneva, Switzerland, but contrary to a popular misconception, the novel wasn’t completed in that one night in 1816. Instead, Shelley and her husband Percy moved to Bath on their return to England, where Frankenstein was finished and finally published in January 1818.

As for why it’s taken over 200 years for Shelley’s connection to Bath to be recognised, there are a couple of reasons. Firstly, the city’s links to Jane Austen have partially eclipsed the Shelley connection, and there’s also the well-documented fact that Mary and Percy had a very difficult time while living in Bath. The couple and their close circle faced scandal due to illegitimate children, debt, poverty and death, even while living in one of the country’s most fashionable spa destinations.

How the House of Frankenstein was brought to life

The idea for the museum was sparked by a campaign by cultural historian Christopher Frayling, calling for a plaque to mark where Shelley once lived in Bath – and wrote most of Frankenstein. In fact, Shelley’s living quarters were right above the ancient Roman Baths, although they wouldn’t be discovered until 60 years later.

Once the plaque went up in 2018, film producer Jonathan Willis and co-founder Chris Harris had the idea for a brand new Bath attraction celebrating the author and her famous work. Speaking to The Guardian, Harris explained:

“When I realised that she wrote Frankenstein here, I took a real interest in it. The more we read about her, the more you start to learn she’s this extraordinary person and a visionary, who’s not celebrated – here or anywhere in the country,”

Can’t wait to visit Mary Shelley’s House of Frankenstein in Bath? Tickets start from £12.50 and are available from the museum’s website.

You can also stay nearby at our beautiful Milsom Retreat and Queen’s View apartments, both of which are just around the corner from House of Frankenstein and the Jane Austen Centre.