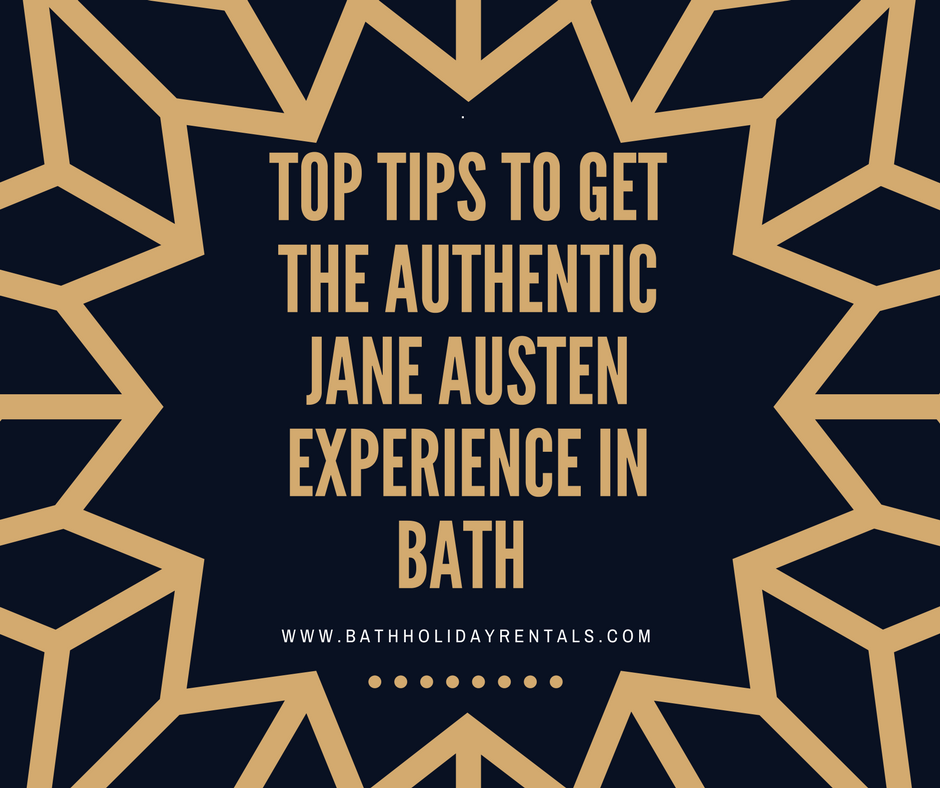 Top tips to get the authentic Jane Austen experience in Bath

You can’t turn a corner in the centre of Bath without bumping into some reference to the city’s most famous resident. The renowned author Jane Austen lived in Bath from 1801 to 1806 and set two of her novels in the city, although all of her major works mention Bath in some form.

While Bath has changed a lot since Austen’s residence in the city over 200 years ago, many things stay the same. Bath is still known as a thriving spa resort, hugely popular with those seeking a weekend of culture, leisure, food and shopping. The city also remains popular with fashionable society, as it was in Austen’s day.

Bath is also a World Heritage city, which means that many of the same splendid Georgian buildings and architecture have been carefully preserved and treasured. This can make walking the streets of the city feel like stepping back in time.

Planning your own Jane Austen weekend in Bath

Many people head to Bath to immerse themselves in the Jane Austen experience, to learn more about the author and for a glimpse of life in fashionable Georgian society.

If you’re heading to Bath soon to enjoy your own Jane Austen experience, here are the best locations and events to add to your itinerary:

Start your weekend with a visit to this fascinating centre in a classic Georgian town house, for a snapshot of Regency times and how life in Bath would have influenced Austen’s work. The Centre features costumes, Regency themed Tea Rooms, waxworks, a gift shop and of course, endless information about Austen herself.

No. 4 Sydney Place is a Georgian apartment where Austen lived with her family. The building has now been turned into more modern apartments, but the exterior is still worth a visit. Plus, you can stay just around the corner at Sydney Mews (next to where Austen used to enjoy taking the air with a stroll through Sydney Gardens). For for a real taste of authentic Georgian accommodation, stay close by at Georgian St Pulteney – on the same handsome street that was featured in the filming of another Regency classic, Vanity Fair.

Visit Bath from 14th-23rd September 2018 for one of the largest and longest-running Jane Austen festivals in the world, featuring a Regency Costumed Promenade, balls, theatre, food, workshops, lectures and talks.

To see the highlights of the city from the perspective of Jane Austen, take the In the Footsteps of Jane Austen walking tour – an audio tour featuring extracts from the novelist’s letters and works.

For a choice of beautiful Georgian accommodation to complete your Jane Austen weekend experience, take a look at our selection of self-catering Bath apartments and houses.