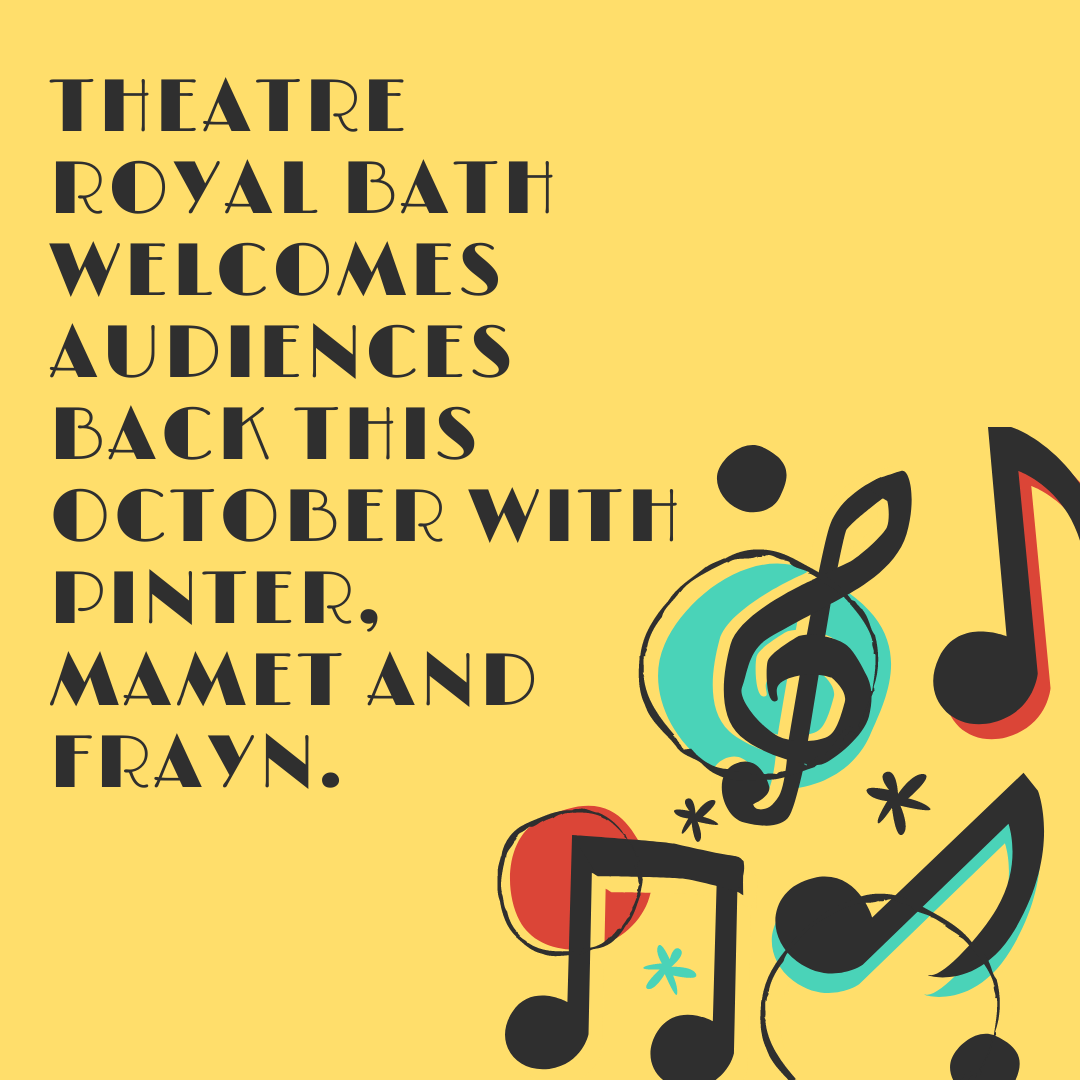 Theatre Royal Bath welcomes audiences back this October with Pinter, Mamet and Frayn

Good news, theatre fans! The magnificent Theatre Royal Bath has announced a new series of modern classic plays to celebrate its reopening after the COVID-19 lockdown.

Starting from mid-October, the Welcome Back series will feature plays from iconic playwrights such as Harold Pinter, Michael Frayn and David Mamet.

Here’s the schedule, kicking off with one of Pinter’s most accessible plays:

Widely considered his masterpiece, Pinter’s Betrayal is a moving, mesmerising portrayal of relationships and adultery. It’s been described as an “exquisitely crafted play” by The Guardian.

This version is directed by Jonathan Church and stars West End actor Joseph Milson and Olivier Award winner Nancy Carroll (from The Crown and Father Brown). Also joining the cast is Christopher Bianchi and the Royal Shakespeare Company’s Edward Bennett.

The Tony award-winning Copenhagen comes to Bath this November in the capable hands of director Polly Findlay. It has been described by the Sunday Times as “…a piece of history, a psychological investigation and an intellectual thriller”.

“A provocative firebomb about political correctness” according to The Observer, Mamet’s powerful, savagely funny play hits Bath at the end of November.

Oleanna caused a sensation among audiences when it was first performed nearly three decades ago, and the issues it addresses are still relevant today. Directed by Lucy Bailey, the cast is yet to be announced.

To reassure theatre-goers ahead of the Welcome Back Season of plays, the theatre has put a number of COVID-safe measures in place. It’s now been granted the use of the ‘See It Safely’ mark, a toolkit launched by UK Theatre and Society of London Theatre (SOLT).

“The plays we have chosen are modern classics which we know will offer the audience the quality theatre they have been craving for the last six months.

“The health and safety of our patrons is our most important priority, and we will be abiding by all the Government’s guidance on indoor performances.

“We have been overwhelmed with the generosity and understanding from our patrons during this difficult time, and we look forward to sharing our beautiful building with the public once again.”

Plan your trip to Bath

If you’re looking forward to catching a show at the Theatre Royal Bath, make sure you snap up your tickets soon. There’s reduced capacity in the theatre and these modern classics are bound to be popular!

It’s also a good idea to book your accommodation nice and early. Our charming Queen’s View apartment handily just around the corner from the Theatre Royal Bath, but there are plenty of other city centre options available too. Take a look at available properties here.