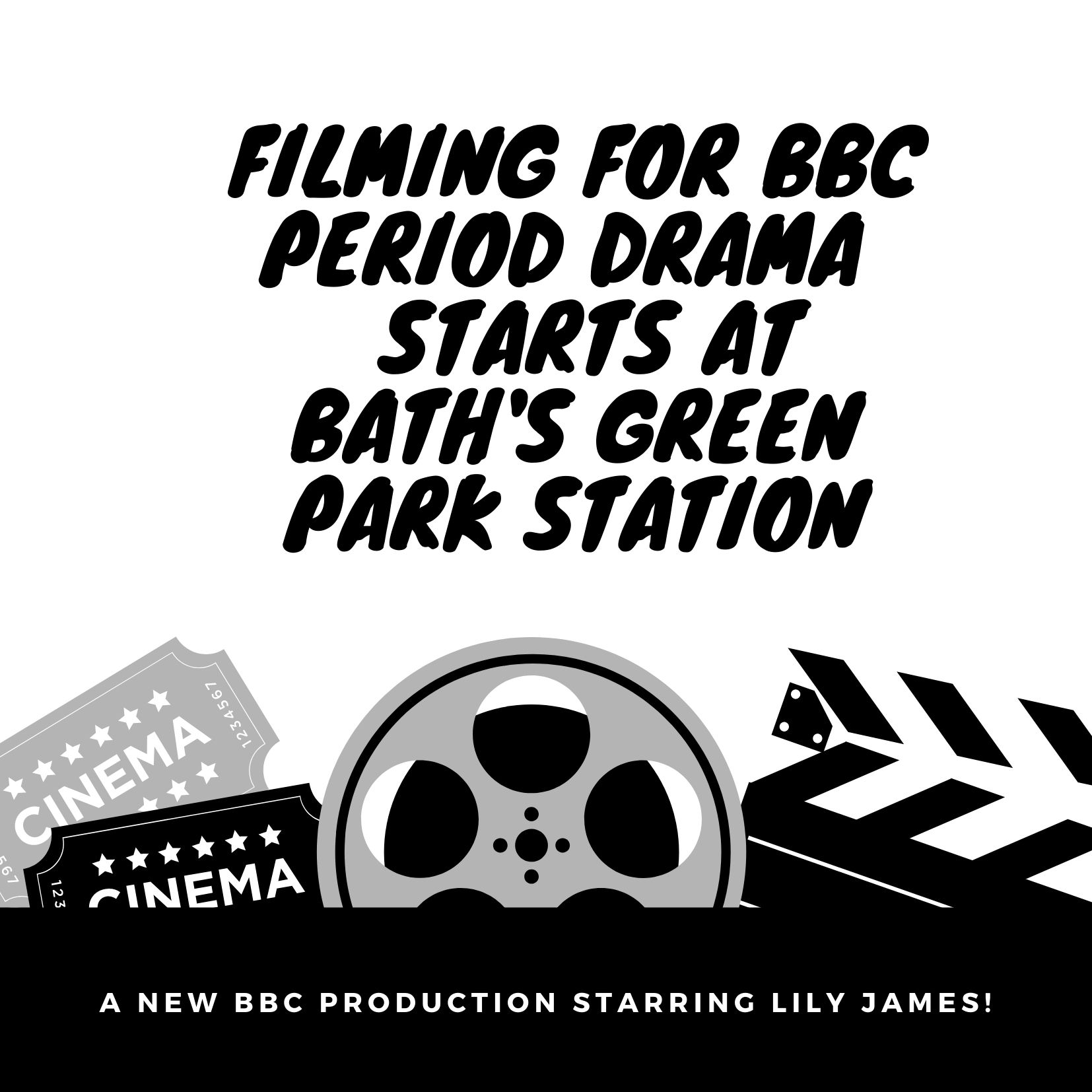 Excitingly for Bath residents and visitors, a brand-new period drama has started filming in the heart of the city. Camera crews for The Pursuit of Love, a new BBC production starring Lily James, have been spotted at Green Park Station.

The series is set in the 1930s and 40s, telling the story of an upper-class family in England and their lives in between the two World Wars. While only Downton Abbey and Mamma Mia star has been spotted on set in Bath so far, The Pursuit of Love also features Emily Mortimer, Dominic West and Fleabag star Andrew Scott. The production is an adaptation by Mortimer of Nancy Mitford’s novel of the same name.

According to Somerset Live and its photographers, who’ve managed to snap some shots of filming taking place, it’s all been happening over on Green Park Road. It’s easy to see why this handsome, tree-lined street was chosen as a filming location – it’s a classic example of a fabulous Georgian terrace kitted out in warm, honey-coloured Bath Stone.

Where is Green Park Road in Bath?

Close to the River Avon and just a stroll from the blissfully bubbling waters of the Thermae Bath Spa, Green Park Road is perhaps best known for its charming market at Green Park Station.

You can even stay nearby at our spacious and serene Green Park Garden Apartment sleeping up to 4 people.  Film crews and Hollywood film stars aren’t guaranteed, but you will get a beautiful, contemporary place to stay in a fantastic part of the city. The market with its fresh produce, vintage finds, arts and crafts are close-by, as is the idyllic Green Park sloping gently down towards the River Avon.

This is far from the first time that film crews have visited Bath. In fact, the city is known as one of the most popular filming locations in the UK, especially for period dramas.

Bath has starred in many big budget TV and film productions over the years, and not just Jane Austen adaptations. The most famous examples include 2012’s Les Misérables starring Russell Crowe and 2008’s The Duchess featuring Keira Knightley.

If you’d like to spot all the famous filming locations in Bath, Visit Bath even has a handy tour route available to view and download. It features all the best and little-known spots, from the Pulteney Bridge used as a backdrop in Les Misérables to the Assembly Rooms featured in The Duchess. See which street was used to recreate Victorian England in Sherlock, and which parts of Bath Abbey stood in for Hogwarts in the early Harry Potter films.

Want more Bath news? Check back regularly on our blog, where we’ll give you the latest on what’s happening in Bath.