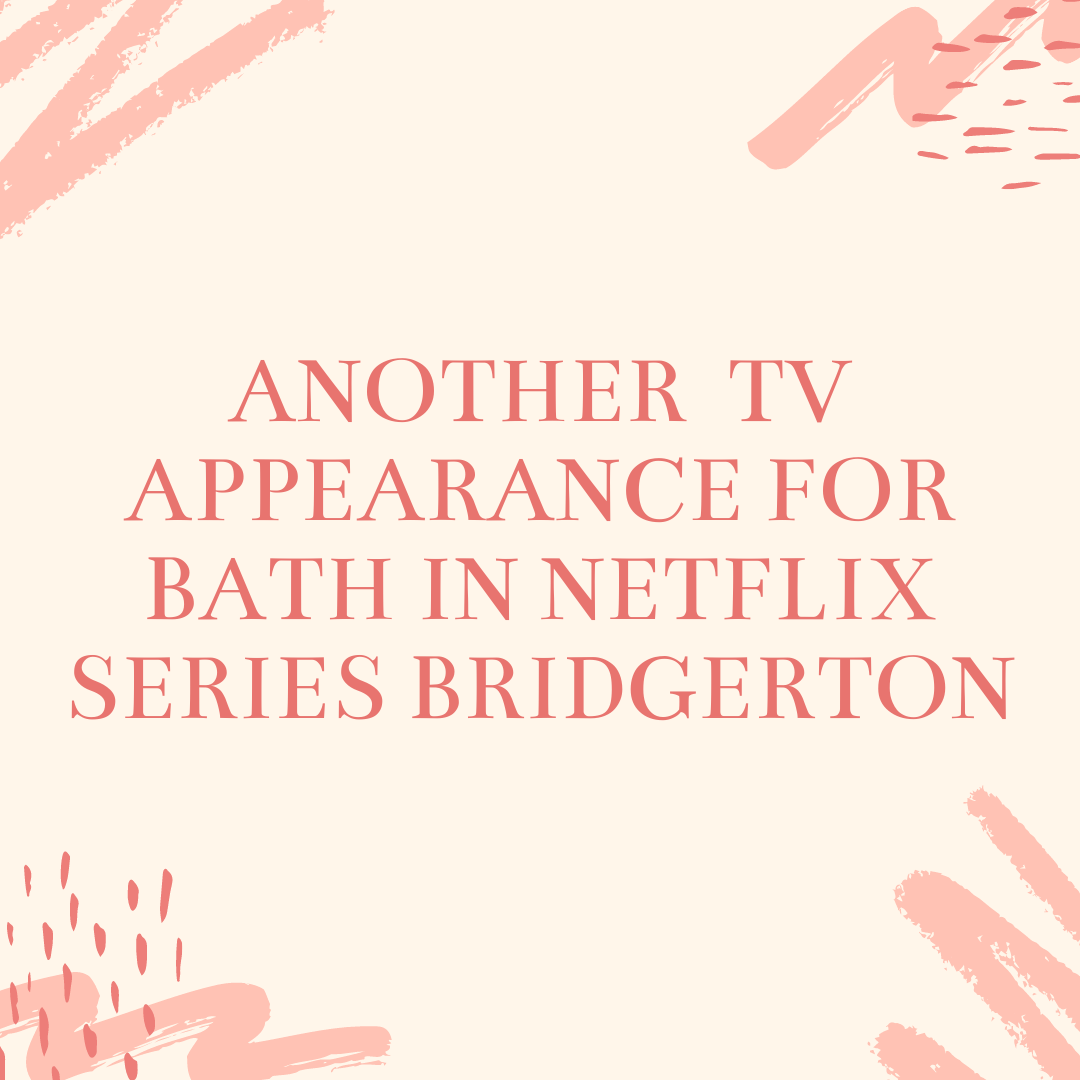 Another starring TV appearance for Bath in Netflix series Bridgerton

Bath has been a popular filming location for decades, particularly when it comes to period dramas. Among its impressive list of credits are 2012 blockbuster Les Misérables, 2004’s Vanity Fair and 2008’s The Duchess starring Keira Knightley.

It’s easy to see why film crews flock to Bath, as the whole city is a UNESCO World Heritage Site due to its magnificent, perfectly maintained Georgian architecture.

And excitingly for Bath residents, a star-studded new TV production has been filming in the city in the last couple of years. It’s the British period drama Bridgerton, soon to make its debut on TV streaming service Netflix.

Alongside a talented British cast, Bridgerton stars Dame Julie Andrews, Derry Girls star Nicola Coughlan and Broadchurch actor Jonathan Bailey. The series is based on the best-selling novels of the same name by Julia Quinn. It’s been described as a “witty, romantic and emotional” contemporary take on the Regency era in England.

Anyone familiar with Bath will spot many of its most famous buildings and streets in the TV series. One of the most recognisable is the Royal Crescent, with No 1 Royal Crescent featuring as the home of Bridgerton’s Featherington family. You may also spot interior and exterior locations from the Holburne Museum, Abbey Green, Bath Street and the Banqueting Room at the Guildhall.

Scenes for Bridgerton were filmed during August and November 2019, before the COVID-19 pandemic struck. According to the Bath Echo, this was the most ambitious and extensive filming project carried out in Bath – even with the city’s illustrious history as a TV and film backdrop.

As beautifully maintained as its Georgian and Palladian architecture is, Bath is nonetheless a very modern city. As you can imagine, it was hard, painstaking work to remove all of the traces of 21st century life from each scene. According to local councillor Paul Crossley, the Highways, Parking and Heritage Services teams were heavily involved in this process.

Councillor Crossley also told the Bath Echo more about why Bath is such a great location for filming, and what projects like this mean for the city. He said:

“Bath is a magnet for film makers, and we do encourage productions to the area. Not only does it promote our fantastic city and the surrounding areas to a wider audience, but it has a big impact on the local economy with production companies spending around £2m a year on accommodation, food, local crew and purchases from other local businesses.”

Experience Regency Bath for yourself

If you’d like a taste of Georgian and Regency-era elegance for yourself, take a look at our fabulous selection of self-catering Bath apartments. Many have stunning period features, including high ceilings, beautiful sash windows and carefully selected furnishings, along with the convenience of a city centre location.

From many of our properties, it’s just a short stroll to the Bath Assembly Rooms, Jane Austen Centre and other popular attractions that offer a glimpse into Georgian Bath as it once was.